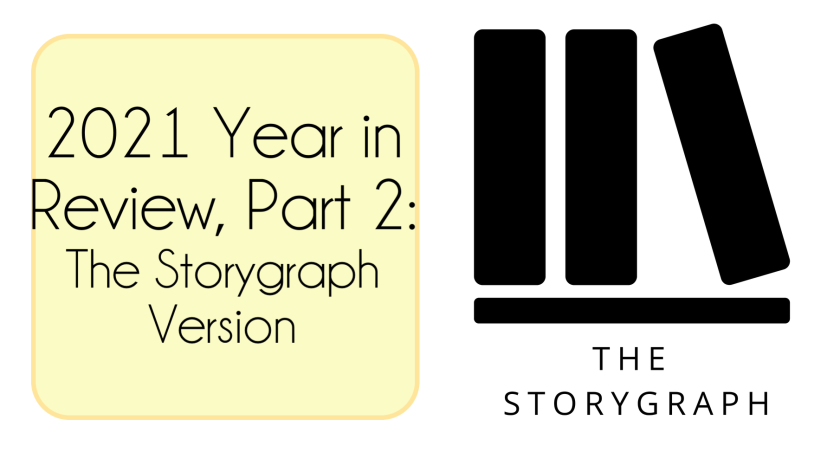 Hey y’all! Since I already took a look through the usual Goodreads year-end stats, now I’m pivoting over to The Storygraph. I used it pretty consistently through 2021, so I’m excited to see full-year stats from it for my first time! Considering their specialty is partly in their statistics (and even more so since I have Plus) I have a lot to enjoy!

So the first chart is both simple and gloriously detailed: my pie graph of books I read by mood this year! 2021’s top moods were emotional, adventurous, and lighthearted. I guess that pretty much covers all of my usual moods: cathartic crying, energized excitement, and silly smiles.

With two books each, my lowest were “sad” (You’ve Reached Sam and Red Thread of Fate) and “inspiring” (Idol Gossip, what?? and Not Here To Be Liked). Admittedly I don’t think I would call either of those last two inspiring, but ok.

My top 3 make up just about 50% of my reading, but the other half is a generous spread. I guess I’m okay with that? I’m reading for enjoyment in the end, so I’ll continue enjoying what I do!

Also unsurprising that my most common pace is medium. More surprised that this is actually kind of even! And not sure if I’m surprised a quarter of my books are slow-paced — did I think it would be higher or lower? I feel like I flew through a lot of books this year, but I also remember having some that were a winding journey.

END_OF_DOCUMENT_TOKEN_TO_BE_REPLACED 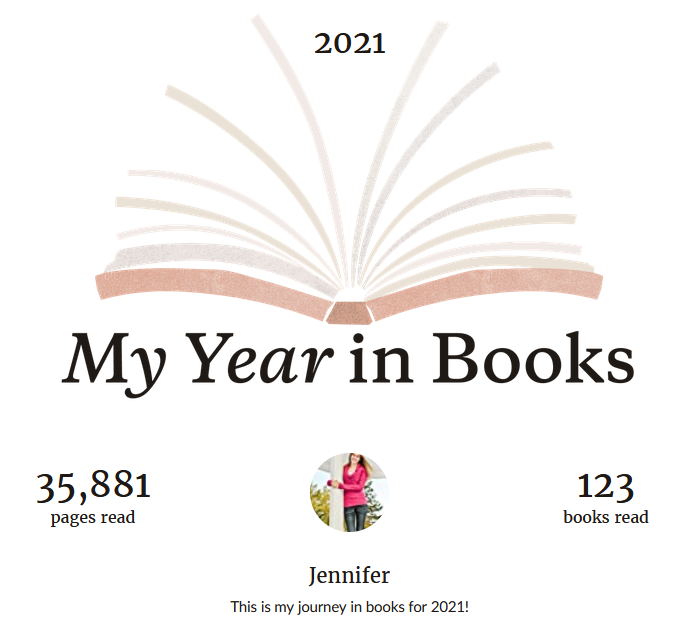 I’m taking a look at compiling all the delicious data about my reading in 2021, starting with what Goodreads gives me. I moved away from Goodreads towards the end of the year as I got way more consistent with using The Storygraph. Still, I tried to keep the titles and tags up to date on GR as well, though sometimes not until after I had already finished a book.

Also, miscellaneous fun fact, they apparently changed the book graphic at the top of their stats compared to last year from looking at my post for 2020!

No surprise that I met my Goodreads goal this year, but I read 123 books! I assume it’s due to blogging in the past couple years that my average books per year has gone up so much. It used to be closer to 60! Honestly, the pages count is kind of tough for me to compare anything to because it’s just such a giant number. But there it is!

I’m constantly aggrieved that due to the visual of fie stars, three stars becomes “average” or the middle ground, WHEN IT’S NOT!!! But y’all I know if I told you I thought a book was decent and rated it 2.5 stars you’d think I were saying two different things. And god forbid it’s a favorite book. xD I’m surprised yet not that my average book length is 291. I read a lot of graphic novels so that probably brings the count down a bit, and I do tend to be in the 300s otherwise and not too many chonky books.

Perfect example! My shortest book, the graphic novel Elle(s): The New Girl. With Lore Olympus, it’s a bit… fake. This is why the page count stat is so iffy for me! L.O. is a webcomic, so since it’s not in a print format I have no idea how anyone determines the page length. It was pretty long probably, but a thousand pages? Unsure.

Bahahahaha this still cracks me up. I couldn’t even write a full review for this book because it was just so overwhelming for me at the time. I went in feeling lukewarm at best, but wanted to read it because it was a gift, plus I hoped Maas wouldn’t lead me astray since I usually enjoy her series’. And… well… clearly, I was not disappointed in the end!! 😍

I’m really excited that this is my highest rated title, because it damn well deserves to be. It’s book number 4 in the Fire Within series by Ella M Lee, and I might have to say that it was my favorite new find in 2021. There was nothing about any of the books that disappointed me, especially when taking the story as a whole.

I re-read Eragon this year because I kept thinking, What’s a book like Eragon that I could read? and nothing really hit right until I realized I should just read Eragon since that’s clearly what I wanted. I also went through a big poetry kick in April, which conveniently was poetry month anyway! I assume so few people have this one shelved because they probably have an older version shelved. Naidu is a hugely influential Indian woman from the past, and her poetry was only one aspect to a really incredible life. There’s no way only 10 people have read her works, because that would be a travesty.

Some of these are a little bit weird, because my five stars have two versions of the same one (Lore Olympus webcomic & print version), but it’s probably mostly accurate! One thing I can say is to expect a lot more books falling in that 2 star category, because as I mentioned, my irritation with 3 becoming default when it’s mathematically not is pushing me to be more generous with my 2-star “it was okay” rating on Goodreads.

That’s it for the Goodreads wrap up y’all! What’s your favorite stat to see in the Goodreads Year in Books feature? I always love the most & least popular!