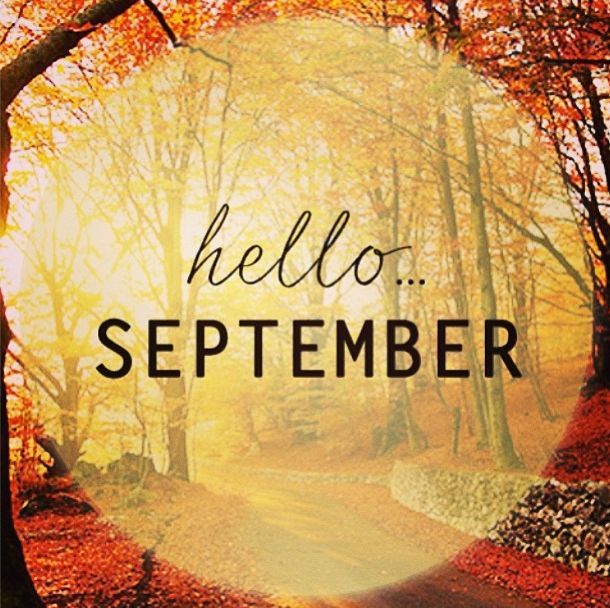 Hey y’all! It’s been a little bit, but here’s a small update about how things are going. 🙂

I planned 8 books and read 5 of those, plus one other that I added during the month.

The book that I attempted was one I found, tried, and quickly hated. That’s all I’ll say, because it’s not worth any more time.

The Inheritance of Orquidea Divina didn’t really pull me in because it seems to be told in the perspective of about thirty different people, and that is REALLY not what I wanted any time recently. So I might go back to this, but at the moment I’m just reading a chapter here and there. The Land of Big Numbers was similarly vignette-ish, so same story: even though they were interesting and compelling, that’s probably a later thing.

I *did* however finally finish Skyhunter a year after I learned that I had won it from Goodreads! For real, I got the memory reminder this week. I just made it. 😂

Still some health stuff keeping things limited in August, but getting better. On top of that, work was pretty hectic so there were some long days in there.

I didn’t do a whole lot of posting myself, but I did read some fabulous ones from other folks! Take a look and check them out. 😊

Here are some of my favorite posts I worked on this month, in case you missed them!

And here are some of my favorite posts by other bloggers! 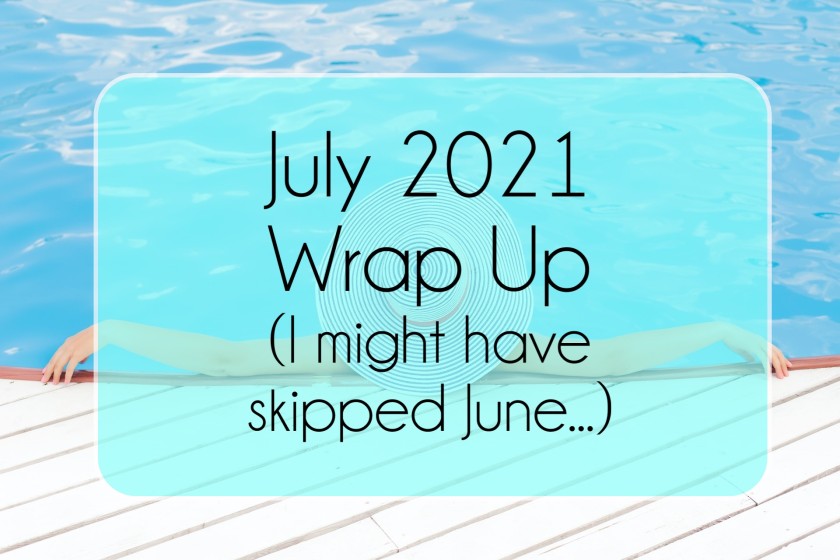 I planned six and I read five of those, plus four others I picked up during the month

For the Wolf is one I’ve just kind of hit a wall with. I don’t know why I’m not that into it, I’m just… not. So it’s kind of in limbo right now. I read some every now and then, but usually opt for something else instead. I’ll probably finish it… eventually.

I had been waiting on The Complete List of Jericho for a while and was so excited when it finally arrived! I’m glad it lived up to my hopes, and indeed, exceeded them! Tokyo Ever After on the other hand.. well, I was pretty disappointed with that one. It didn’t feel like it brought anything new to the kind of story it was, and overall I’m pretty meh about it all. I did have one more unexpected hit to round it out though, because 56 Days was WAY better than I expected!

END_OF_DOCUMENT_TOKEN_TO_BE_REPLACED 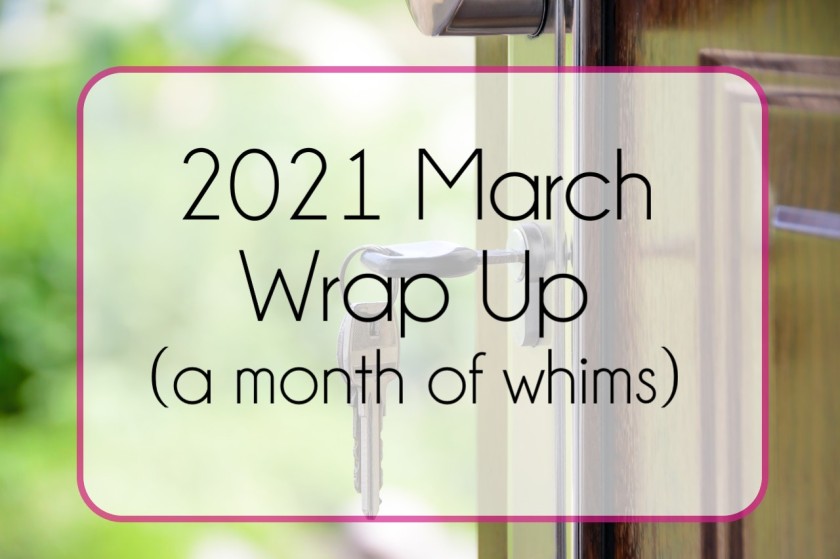 Well, I didn’t actually have a TBR post or much of a plan for March. After a fairly slow and dismal February (both for reading and for weather and for stress) I didn’t bother to plan anything for March because I had no idea how it would go. 😅

The rough plan was:

The fact that I finished Eldest by Christopher Paolini in a month, let alone also finished several other books, is a fact that would have astonished younger me. When I first tried to read it, I made it probably halfway through before I had to return it to the library. And then took a while to bother going back to read it fully. xD

Speaking of not finishing books, I DNFd two more this month. Blanca & Roja by Anna-Marie McLemore was just a little to abstract and lyrical for my current mindset, though it’s one I can see returning too another time when I’m more ready for it. Frankly in Love by David Yoon on the other hand… after just reading his other book, Super Fake Love Song, I just kept thinking that the characters felt exactly the same. Even the plot felt really similar. The writing style was spot-on consistent, which is generally a good trait, but left me feeling kind of bored. Considering I didn’t love the characters in Super Fake Love Song anyway, and getting more of that wasn’t going to do it for me. I’m probably done with his books to be honest, because I get the feeling that having read one, I’ve read them all.

END_OF_DOCUMENT_TOKEN_TO_BE_REPLACED

I planned eight. Of those eight I read — one. One. Because I got distracted by a bunch of other books instead (6 total finished). My mood reader-ness hit hard this month, and I actually don’t hate it!

So I read 6 in January, and only 1 was planned (the one that had already been in progress, of course. 🤣) The rest are still on the backlog to read through. I did attempt one other from the list, but gave up about 75% of the way through.

END_OF_DOCUMENT_TOKEN_TO_BE_REPLACED

Hey y’all! I’m a bit of a stickler for precision (and also I knew I would finish one or two more books in the last few days of December) so I’m just now posting all my “2020 year end” kinds of posts. It seems like most people do them in December, which confuses me so much! If you’re that person, what do you do about any books you read after you post that post?? Do they just not get included?!

So here’s all the pretty charts and stats and numbers based on what I read in 2020! As a reminder (or disclaimer for anyone not aware) I was unemployed or part-time for 9 months of 2020, so I ended up having a whole lot more time than usual, and a whole lot of need to escape into a book. So numbers are…. high. Much higher than my normal. 😅

Unsurprisingly, my top read genre was lighthearted, because not only is that my usual but do you remember 2020, y’all? I think we all needed it. Followed by emotional (ditto – sometimes I need a good cathartic cry) and adventurous (because the issues in a world of demons and dragons make my own issues seem pleasantly tiny).

Also unsurprisingly… my least read genre was sad. I do not tend to seek out sad or scary things. 😂

END_OF_DOCUMENT_TOKEN_TO_BE_REPLACED

I planned on six, because I had several high priorities to wrap up for challenges by the end of the month. But I ended up reading, um, a lot more than six. 😂

Okay, so I might have gotten a little distracted by this incredible comic series I started (The Unbeatable Squirrel Girl). And it might have been exactly what I needed. And still need. And my favorite superhero ever. I recommend it, to everyone, right now. It’s the hero we need in 2021. 😍

END_OF_DOCUMENT_TOKEN_TO_BE_REPLACED 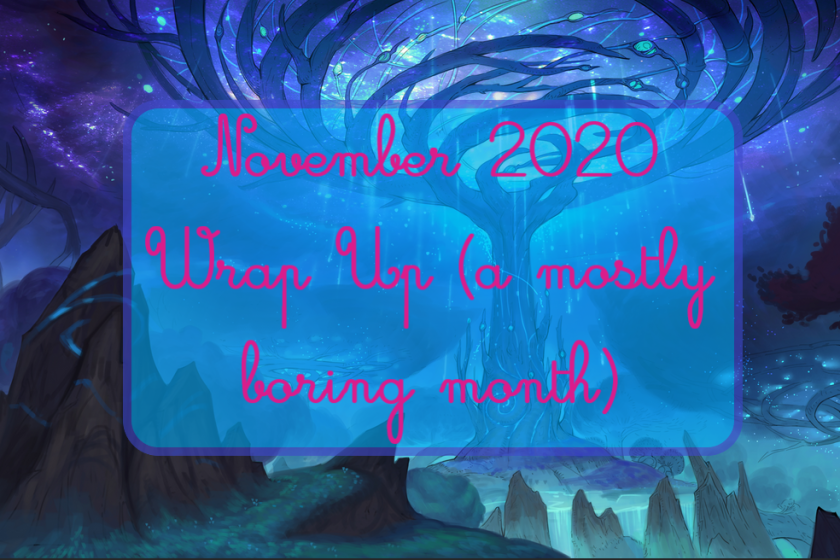 ONE. HUNDRED. PERCENT. Which I think was like, 8/8. So apparently 8 is my magic number for what I can honestly commit to in a month, and then I’ll add in whatever else as I go. 😂

Yeah y’all, that’s right, I actually… read every book I planned to read last month?! What? Pretty sure this has 100% never ever happened. I was a woman on a mission, apparently. To be real I think it’s because stress was pretty high so I escaped into reading pretty often when I could to try to combat that.

END_OF_DOCUMENT_TOKEN_TO_BE_REPLACED

You know, considering I’ve been in my house 90% of the hours in this year, a lot more big life changes have happened than I’d anticipated. 😂 Here’s this month’s recap in reading, writing, and the rest of my life. And let me tell ya: it’s a bit of a doozy.

How many books that I planned did I read?
I planned for twelve books, knowing full well that would not happen. 😂 I read 8 that I planned, one that I couldn’t resist, and two that were nearly done by the end of the month but technically I finished yesterday when it was already November.

I started The Passage by Justin Cronin, but it is as slow-paced as the show was and really long. I just had so many other stories I was excited about that I passed on this one for now. It’s definitely one I’ll read, just… next year probably. 😂 I’ve already got plans for the next two months!!! (WOW WHO EVEN AM I…)

END_OF_DOCUMENT_TOKEN_TO_BE_REPLACED

Let’s start with stating the (possibly) obvious: I have not done a “wrap up” post before. No particular reason, just never thought of it or felt the need. But the month of March 2020 is one I will never forget and has been absolutely bananas, so lets take a look at it in a timeline via books. Even if this is the only wrap up ever, this one is worth doing! 😁

FINALLY on my vacation, postponed since October. First vacation with my S.O. and so amazing with snorkeling, cave swimming, beach days, spa days, delicious food, and lots of sunshine!

Obviously work is never going to be as good as a tropical resort vacation with my love, but I made it work. It helped that I got to review and ARC of a completely adorable comic and a fascinating adaptation of a Tolstoy work to young adult (bizarre yet effective).

Coronavirus ramping up. Projects at work getting canceled. Things feel… precarious. I have a terrible weekend as far as mental health goes and my love drives me to the bookstore late on Saturday because I know one thing that will absolutely make me feel better is a copy of Furiously Happy in my hands for a re-read.

WELL. My company laid a ton of people off, resulting in a day of watching friends and coworkers sadly gather their things and be escorted out. Absolutely terrible. Company also gave the work from home order (FINALLY, THE FOOLS) so now I’m figuring out technology and self-care while permanently at home and how to be productive full-time in pajamas. But, as I remind myself, it could be worse: I could have leprosy and watch my country be overthrown and be separated from all my friends and family to slowly die.

I now live in fear, because I’m the most senior member of my team, but I’m also not counting anyone safe.

Was furloughed from my job until maybe July at best but I’m not holding out hope. Now unemployed and unfocused and unpaid. However, I have books. So I furiously read books, particularly ones that can take me places I can’t currently go.

Figured out how to deal with unemployment, how to keep my mental and physical health up, and how to make the best of the current situation. It’s actually possibly working out in my favor in some ways, so I’ll focus on that! 😊

So really, I started this month out on a paid vacation in Mexico and ended it unemployed and stuck at home for at least another month. The amount of change in that is insane! While there were certainly a few really awful days, overall I’ve done ok. My strength is in always being able to find things to be grateful for and keeping an awareness that all bad things eventually come to and end.