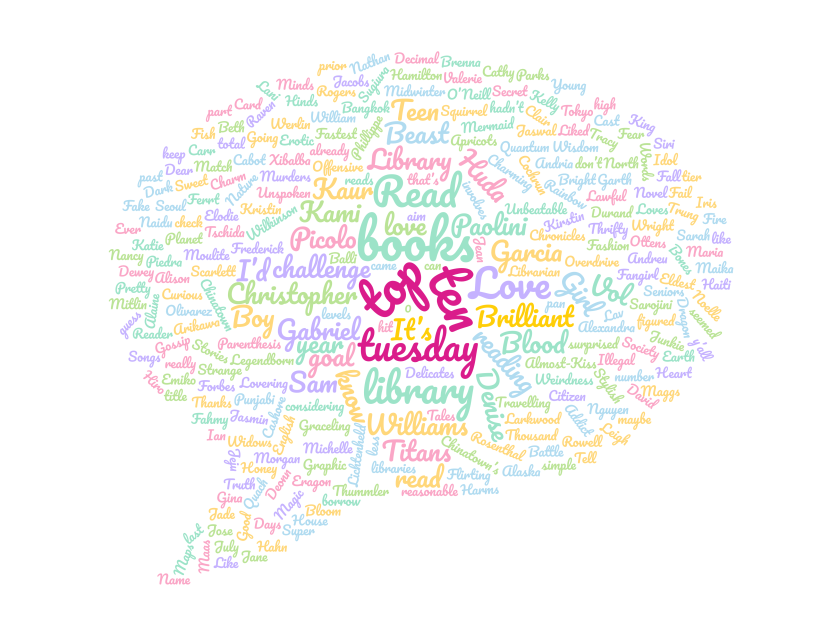 Hey y’all! Top Ten Tuesday is a bookish question idea that was originally created and hosted by The Broke and the Bookish, from way back in June 2010! Since January 2018, Top Ten Tuesday has been hosted by That Artsy Reader Girl. Thanks for taking it over! The idea is to make a list of ten books or bookish things on different topics each week. Check out her site for details on how to join and what the upcoming prompts are. 😊 You can also see all the posts from other bloggers linked on each weekly post on their main site.

This week’s prompt was for funny book titles, but the only one I could think of even close to this was Let’s Pretend This Never Happened by Jenny Lawson, which is only funny to me because I know what the style of her writing in it is.

Instead, I’m switching this up to be books that made me laugh, which is actually a post I did a year or two ago but still tracks. Maybe I’ll do a new list soon but for today this works! This list has both nonfiction and fiction, and a brief description of the kind of humor in each. 🙂

Books that made me laugh!

The second part of this is a look at what books other have posted for today’s actual prompt. I’ve done this once or twice before for other Top Ten Tuesday prompts and had a lot of fun with it! Plus I’m curious what others have found, and if there even ARE any that multiple people mention. Let’s see…

END_OF_DOCUMENT_TOKEN_TO_BE_REPLACED 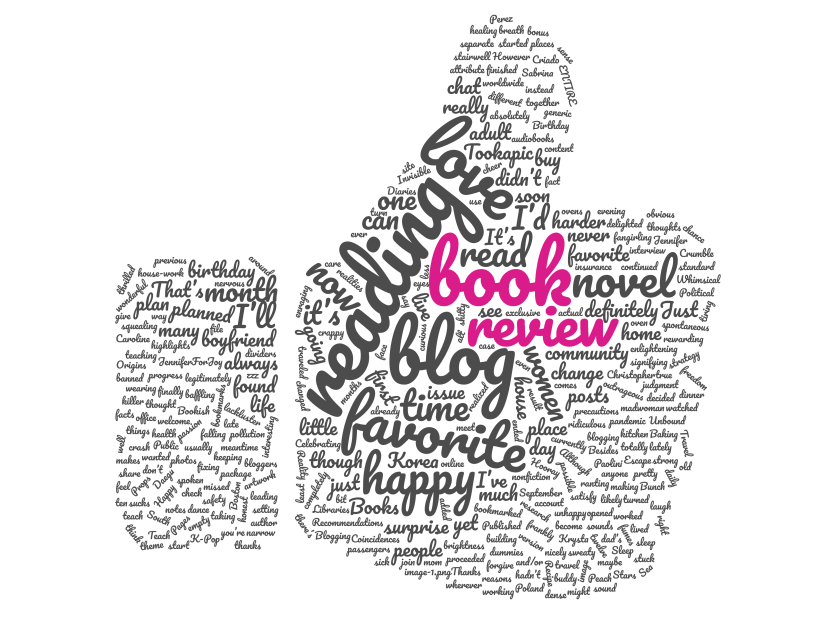 Silly little moments, just as promised. Some do require the reader to also be in on the joke, so if you don’t have the knowledge about a title or author to understand why the customers question have the bookseller pause, you might be iced on a few. Most were pretty self explanatory though. It’s a very dry, sarcastic humor most of the time.

END_OF_DOCUMENT_TOKEN_TO_BE_REPLACED 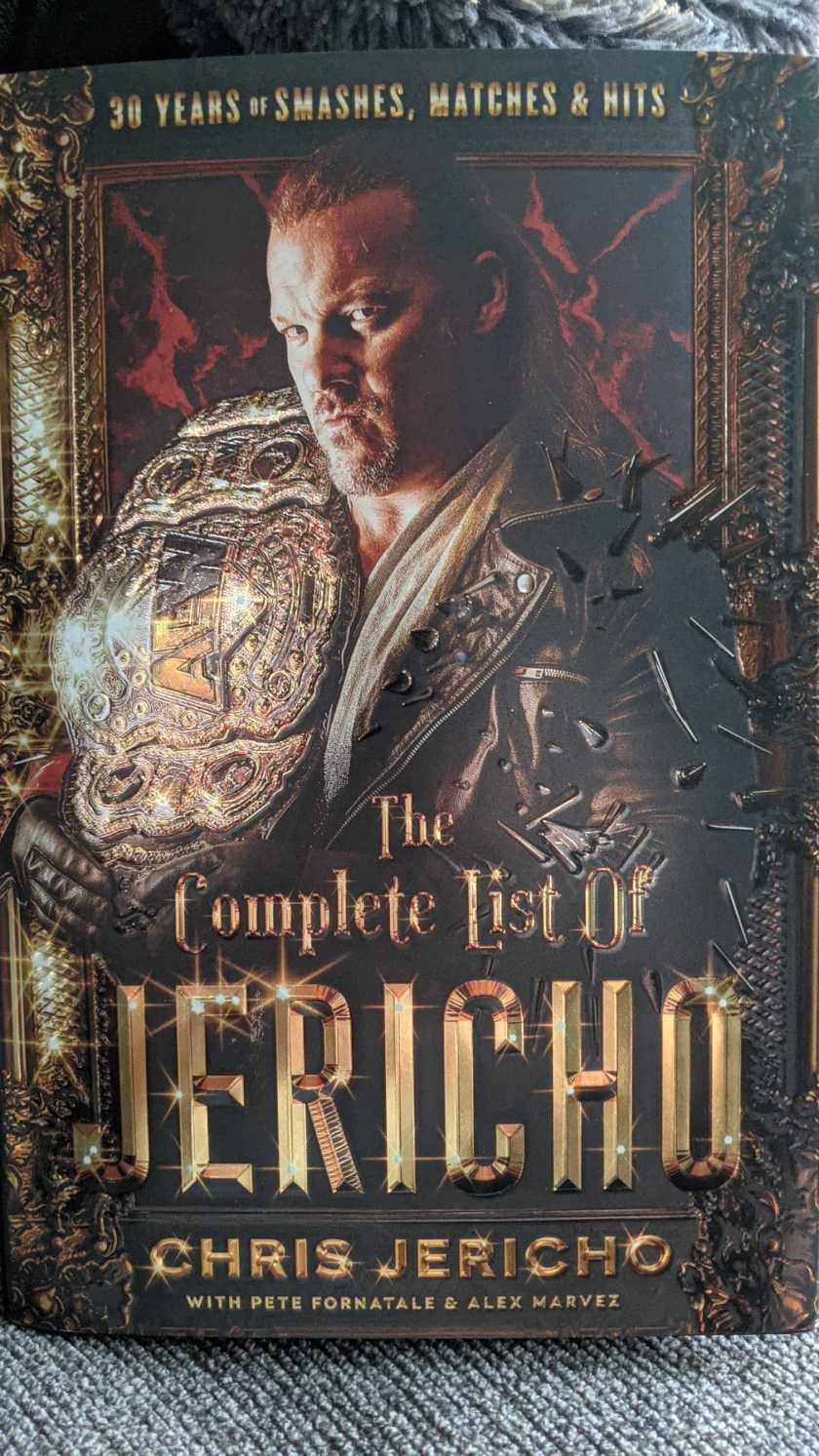 Hey y’all! I have some very exciting news (for me, at least!) to share:

Chris Jericho is a wildly successful wrestler who just celebrated his 30th year in his career. As part of that milestone, he released a book based on notes he’s kept since his very first match that detail who and where he fought, how much he got paid, and his rating of his own performance. It also includes anecdotes, photos, and other lists. Top 10 places to wrestle, top 10 lucha matches, top 10 wrestlers who influenced him, etc.

For a while, one of his character gimmicks was adding people who pissed him off to a list, presumably of people on whom he was now seeking vengeance. xD His character was always very dramatic and hilarious, but he’s also an incredibly talented performer (both in the sense of his skills in the ring as well as in promos!).

I have been SO looking forward to this book, and it’s finally finally here! I’m probably going to be diving into watching some of these matches of his and enjoying them while knowing his commentary for them. 🥰

PS – I also bought his champagne to have my own little bit of the bubbly. It was delish! 😊

Hey y’all! Just a reminder that Living With Mochi by Gemma Gene published today! Check out the full review here, or grab your own copy!

When architect-turned-cartoonist Gemma Gené first met her pet pug, Mochi, she felt as if time stopped. This dramatic moment and her adoring relationship with the rambunctious pug led her to begin chronicling her adventures with Mochi in a series of incredibly cute webcomics that have gained a social media following of half a million loyal readers. The comics chronicle Mochi’s life from puppyhood to adulthood, featuring Mochi’s unrequited dog friendships, his jealousy of his two dog-brothers, and his love of food. Readers and dog parents will love this humorous tale of a sincerely loyal friendship between one grumpy pug and his adoring owner.

Living With Mochi by Gemma Gene
Recommended: sure!
For comic lovers, for dog lovers, for pug lovers, for those kids who always wanted a dog and were never allowed to have one….
Expected Release: April 6, 2021

When architect-turned-cartoonist Gemma Gené first met her pet pug, Mochi, she felt as if time stopped. This dramatic moment and her adoring relationship with the rambunctious pug led her to begin chronicling her adventures with Mochi in a series of incredibly cute webcomics that have gained a social media following of half a million loyal readers. The comics chronicle Mochi’s life from puppyhood to adulthood, featuring Mochi’s unrequited dog friendships, his jealousy of his two dog-brothers, and his love of food. Readers and dog parents will love this humorous tale of a sincerely loyal friendship between one grumpy pug and his adoring owner.

I’ve never had a life with a pug, but I have known several pugs and pug-people. And a lot of these ring true for what I’ve seen from them and from their stories. 🤣 Some of these comics are definitely pug-specific quirks, though a lot are also universal-dog-owner moments. Honestly I picked this up because I haven’t had a pet dog since I was a child and I am finally, FINALLY about to be able to have one again soon. I was hoping desperately for a reminder/primer/preview of what I can look forward to (and brace myself for). This definitely fulfills all those boxes

END_OF_DOCUMENT_TOKEN_TO_BE_REPLACED

Just a reminder that In Love & Pajamas: A Collection of Comics about Being Yourself Together by Catana Chetwynd released today! Check out the full review here or grab your own copy.

Recommended: uh, YES! 🙂
For people who like slice-of-life comics, for a trusty source of smiles, for more of Catana’s established comic style, for anyone who’s been in a long-term relationship and is familiar with the feeling of settling in and having routines

When you’ve reached that sweatpants-wearing cozy place in your relationship, it’s all In Love & Pajamas!  This brand-new collection of Catana Comics presents some fan favorites and half of the book features never-before-seen comics that delight and amuse readers of all ages.  Wholesome, sweet, feel-good humor!

A guy who found his way into being a librarian shares his path there and some of the joys and pains of the job. Disclaimer for those who think otherwise: it’s not all reading quietly during work. 😂

The Part About the Dragon Was (Mostly) True by Sean Gibson
Verdict: way too many digressions; the crude / poop jokes didn’t really do it for me either; and the characters felt flat and singularly defined by one characteristic.

Recommended: there’s definitely people who will love this (just…not me)
If you love crude humor and poop jokes; if you can follow along a whiplash ride and don’t mind constant diversions; if you’re looking more for humour than a story or developed characters; if you’ve never read an “epic adventure” parody book (because this one wasn’t great, so if you’ve read and enjoyed another you’ll probably be disappointed)

Sure, you think you know the story of the fearsome red dragon, Dragonia. How it terrorized the village of Skendrick until a brave band of heroes answered the noble villagers’ call for aid. How nothing could stop those courageous souls from facing down the dragon. How they emerged victorious and laden with treasure. But, even in a world filled with epic adventures and tales of derring-do, where dragons, goblins, and unlicensed prestidigitators run amok, legendary heroes don’t always know what they’re doing. Sometimes they’re clueless. Sometimes beleaguered townsfolk are more hapless than helpless. And orcs? They’re not always assholes, and sometimes they don’t actually want to eat your children. Heloise the Bard, Erithea’s most renowned storyteller (at least, to hear her tell it), is here to set the record straight. See, it turns out adventuring isn’t easy, and true heroism is as rare as an articulate villager. Having spent decades propagating this particular myth (which, incidentally, she wrote), she’s finally able to tell the real story—for which she just so happened to have a front-row seat.

DNF @ ~80%. My, oh my. The digressions were just way too much for me. Heloise must have a touch of ADD. What a shame because this was one of my Fast Forward Friday features! But, look, even the BLURB is enormously long and wordy.

END_OF_DOCUMENT_TOKEN_TO_BE_REPLACED

“When you share a last name with Dunkin’ Donuts, that’s where your loyalty goes.”

“Your last name is Donuts?” I reply like a complete idiot, a split second before I realize my obvious mistake.

“My last name is Duncan, Naomi.”

You Deserve Each Other by Sarah Hogle

I was quite impressed

by all the puns Pollack made.

He could fillet book!

Oh, looks like he already has. 😁 This was a re-read for me, but I read it so long ago that I wanted to go through it again. It’s pretty expansive in how much it covers, and I knew I would have forgotten a lot of it. What a delight to revisit this one!

(I tried REALLY hard to think of a Pollack-fish pun 😂)