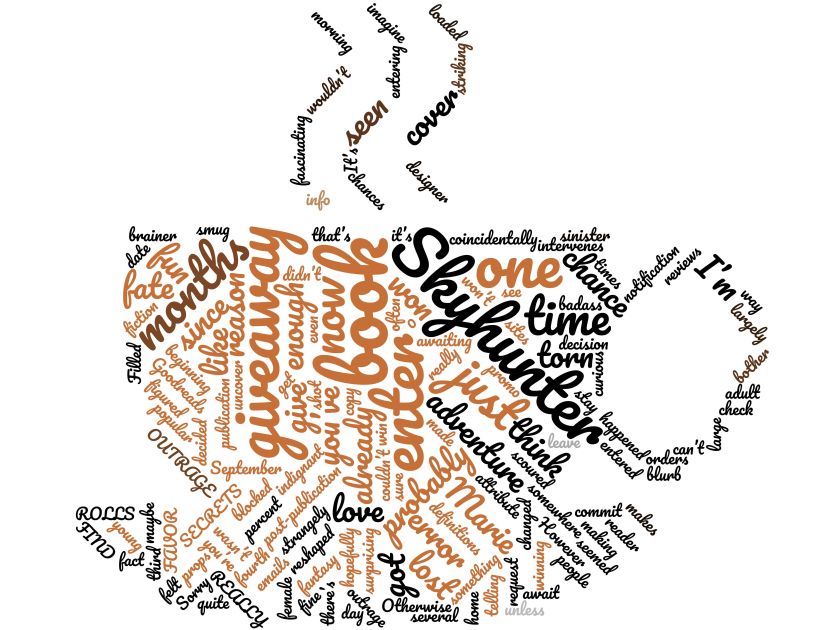 Well I’m officially at the halfway-ish point at December 15, and though I have used up my handy little backlog of pre-written reviews and will need to write one fresh for today, it’s going pretty well! I’ve been really enjoying it, actually, which is great since that is what I had thought would happen. I haven’t had as many backlogged as I had planned, and I have been writing a lot of reviews to be posted for that day. Still, it’s been going fairly smoothly. Except…

There was one night I went to a holiday party and as I was drifting off to sleep just before midnight after a long, fun night, I sat bolt upright in a panic as I realized I hadn’t posted a review! Thankfully, this was when I did still have backlog ready, so I just needed to do a little formatting. Got that sucker posted at about 11:50pm. 🤣

I’ve also discovered that I really enjoy doing my reviews by narrating them aloud for voice-to-text functions. This came about after I did one for an audiobook and ended up really liking the style. It feels very natural to just speak about the book as though I were talking with a friend about it. Then I go back and correct any words it got wrong (which is impressively rare!) and tweak the phrasing of any sentences that I want to make flow better. It also feels like doing them this way has made it faster than usual too, which has definitely helped on some of the days when I needed to get one done with not much free time. Anyway, just thought I’d do a little update! And now to prep today’s review. 🙂

I mentioned recently that I was finally reading a book from Amazon’s first reads program that I was enjoying. After a few rounds of stinkers, I had pretty much given up on it. I finished one from it today though and it was…

Fine. It wasn’t excellent, but it wasn’t terrible. I’d say solidly average. Some good, some bad, overall fairly forgettable and some moments where I checked how much was left.

That’s not even the book I had posted about though, so there’s a second chance to impress me in the running. We’ll see if it can be anything better than “ok at best!”

I planned 6 books in my June TBR and of those I read 4, with one in progress and one not started. But in total, I read 15 books so… I guess I plowed through anyway.

A mix of library loans of new releases and books I had on my shelves but hadn’t read, this was the goal for June.

WOWW did I ever want to abandon two other books in this list: Crying in H Mart and Remarkably Bright Creatures were both duds for me in different ways, and I super wanted to stop reading them. But since I’ve met my quantity goal for the year, I’m pushing myself to read more widely and things I might not usually try. That includes continuing with books even when they’re a struggle or I would usually ditch them due to my mood-reader-ness. I think the slog of those are partly why I read so much: trying to break them up to make them more palatable. xD

Besides those two, I plowed through a ton of other books. I peg this largely on the 20 (15) books of summer challenge that i joined a little bit into June where you have to read and review a certain number of books in the summer. I may have gone aggressively into that list, and even posted ONLY reviews for like a week straight which was an interesting experiment.

Here’s a massive list of all the reviews that came up in June, because I went on an absolute tear there for a minute.

Last month I put an unnecessary amount of time into creating my own charts and graphs and such of my reading tracker, on top of all the wonderful charts and graphs and data that Storygraph tracks for me. So to showcase that a bit, here’s a little section for all the data people like me out there to drool over. 😍

END_OF_DOCUMENT_TOKEN_TO_BE_REPLACED

Hey y’all! I started a re-read of a favorite young adult dystopian novel of mine called Angelfall by Susan Ee. I started that on June 3rd (5 days ago) and have now finished the other 2 books in the series as well without really planning to do so. I posted my June TBR on June 1 all proud to have it set, and by June 3 I was already doing something else. 🤣

It’s pretty hard to resist those stunning covers, right? Anyway, I was just having a crappy day and my reading had felt quite stunted (in large part due to the slogs of Pachinko and Dune which I had recently ended). I was going through my Kindle thinking, what can I read that will be comfortable and familiar and exciting?

Angellfall was my clear answer. 🥰

I’ve had a stressy few weeks and these really helped give me something to enjoy and escape into. So now that I’ve finished them, what’s up next? Hmmm… 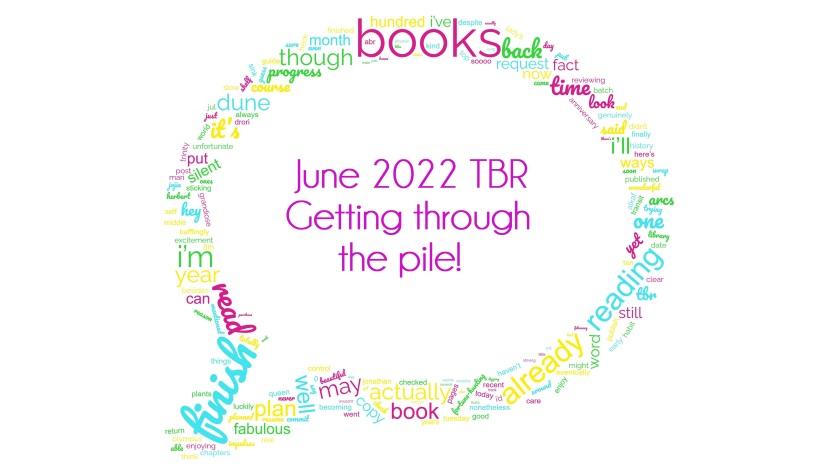 Hey y’all! It’s DAY ONE of June, and for the first time in a really long time (maybe ever?) I have my TBR already planned out AND posted! 🎉 The reason — and theme — for this is “oh wow, I actually have all these books to read, when did that happen?” It certainly wasn’t on purpose, but somehow I have a bunch of books lined up ready to be read. So here they are!

Two out of these three are also Fast Forward Friday featured books, but the main tie for these is that they’re all new releases and they’re all ones I have a library hold coming up for in the next week or two! I got really lucky with some of these to have copies so soon! But that also means I ended up with three books with a time limit to read. xD