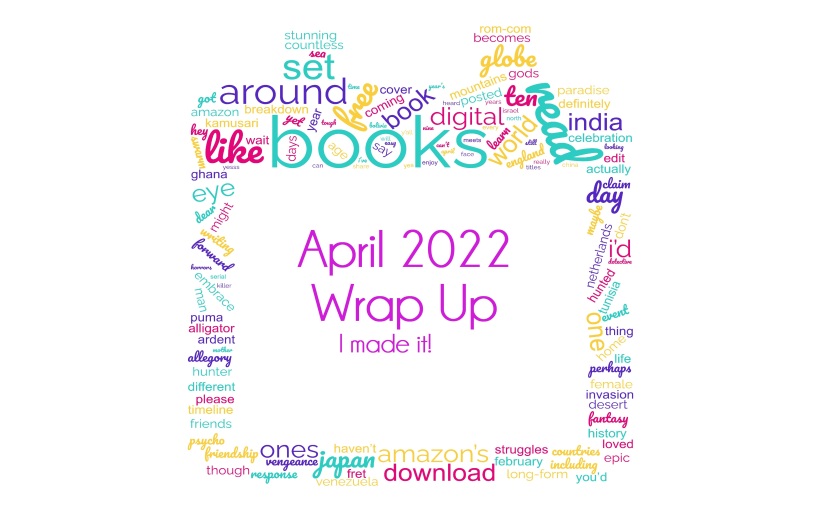 I had planned on books that were a mix of books I owned but hadn’t yet read, and books I wanted to read and had from the library.

Ohhhhhkay, so obviously there were some changes here! I ended up adding 3 new releases to my list for the month (Sylvanas, I Am Margaret Moore, and So This Is Ever After) plus an ARC (Blame it on the Brontes) even though I was specifically trying to plan a month with no ARC obligations. But it was a good one. ^.^

I also started another new release, Queen of the Tiles, which I am in the middle of reading now and have learned sooo many delightful new words in this YA book about competitive Scrabble and a murder mystery.

Astonishingly, and kind of sadly, I was not able to get into The Strange and Beautiful Sorrows of Ava Lavender on my reread of it. I think it’s largely because I had so many other new books that I was excited about so it was never my first choice to pick up. It ended up just drifting back to the shelf. :l Sorry, Ava!!! So I’ll probably dip back into it this summer once some of the exciting backlist and ARC books I’ve got planned are done.

On the topic of things I can’t believe and am kind of embarrassed about… I’m actually reading Dava Shastri’s Last Day *precisely* because of the dang Kindle achievements. I’m such a gaming nerd that if you slap a decorative badge and the word “ACHIEVEMENT” on anything, apparently, I will do it. Even though I already wanted to read this book, here was my motivation to actually seek it out. xD

Maybe not so surprising, but I ended up posting very few reviews for these books because I was just plowing through them. Finish one, start two more. I was doing well with my review-for-every-book goal, and I don’t want to much it up now!! Also, I have things to say about them. Particularly Sylvanas.

Weee e e e e l l llll. End of winter and start of spring is tough, so early April was still a bit 😒 but now it’s getting a liiiittle more consistently 😊. Once it’s actually freakin’ warm that would be great. Almost freezing at night again? That’s some bullshit.

I did go to a beach for a cleanup event and got a big ol’ sunburn on my whole face without realizing it. Hooray for my first tan of the year? Man I’m looking forward to being less sickly pale in the mirror. Also, WARMTH.

Poopa doog has about forty new nicknames and is a much better roommate. She also lost her first tooth, which I found, which was weird and kind of cool.

The numbers this month were the biggest numbers ever which was really cool to see. ^.^ Ultimately this blog is for myself and everything else with the community is awesome perks, but that still feels really cool! I got more consistent this month too, somehow..

Here are some of my favorite posts I worked on this month, in case you missed them!

And here are some of my favorite posts by other bloggers!