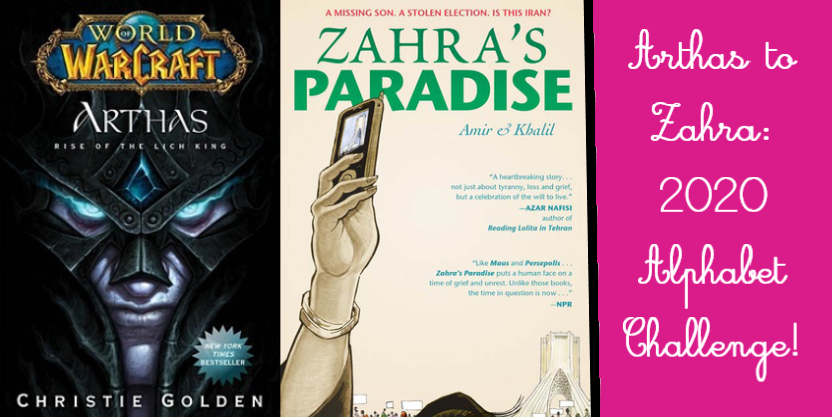 Hey y’all! I know it’s almost the end of January, and that 2020-related posts are practically passe by now (I guess?), but I still have a fab one left for you. Yay! 😁 In 2020, not only did I read a totally bonkers amount of books by my standards, but I also successfully tackled the A-Z title challenge, or the alphabet challenge, or whatever you want to call it! Meaning for each letter of the English alphabet, I read a book with a title that started with that letter.

Yep, I got those covered too. Actually, one of my last letters I got was P, and I was surprised by how many options there were for Y and Q. Who knew? X’s are still an untapped market though. Come on, authors, take your cue!

Anyway, I did manage to do it! Below is a lovely little gallery of 26+ covers from books I read spanning the alphabet. There are some letters that have more than 1 book listed because I just couldn’t choose. Some books felt too important to my overall reading experience of the year to leave them out! You’ll find a little about each book after the gallery listing, too, in case you’re curious. I’m confident there will be titles that few people have read or heard of, so get excited! 🎉

The gallery of A-Z

The summary of A-Z

Phew! I hope you found some titles to read for your own challenge, or just to enjoy reading them. 😁🎉